Recently visited Mauritius with my family. All 3 of us on Indian Passports. Had no trouble getting entry with visa on arrival. It was totally worth it!

We have a new traveler in our group now. Our baby girl is 9 months old as of this month. We applied for her Indian Passport in Delhi last week (ITO Passport Seva Kendra). It was a fairly straightforward process. This was under the General Category (not Tatkaal).

Documents that were looked at by the officers:

They did take a fingerprint of the baby, with the ink-pad (not with the scanner machine).

That was it. We were given a fast track number, because baby was less than 4 years old. Our number was called very quickly at each counter, and we were done in less than 1 hour. The passport is apparently in the mail now (6 days after applying).

Police Verification has been initiated on a post-issuance basis. This means that the passport will be issued, and police verification will happen afterwards.

My wife and I were in Transit for 12 hours in Sri Lanka – Colombo airport. There is a separate visa counter before immigration. We simply went there filled their form and gave our passports. Were given a transit visa on arrival for no cost (I think it was limited to 2 or 3 days stay only).

My wife and I went to the Maldives in November 2017 on Indian Passports. We simply had to fill out the form upon arrival and go to the immigration counter. Very simple process – no cost attached. Was promptly given a tourist visa on arrival. Very easy and straightforward.

Interesting – I had never heard of Tokelau before, though I have seen .tk domain names around the web.

This is the document manager in my speaking. I find it incredibly useful to have scan copies of essential travel documents stored in the cloud when I travel. This way I am not worried about carrying photocopies – and if I lose anything I know I have a copy stored safely.

I usually use the following tools:
– Dropbox
– Google Drive

All the following documents are scanned and stored:
– Passport (ID page and Last page)
– Visas for the trip
– Hotel vouchers
– Airline vouchers
– Any other online bookings like Boats, Taxis, Theater Shows etc.

Recommend you start doing the same. In fact there is no real need to print Airline Vouchers and Hotel Vouchers any more. You can directly show these to relevant authorities on your smart-phone or tablet. Both Google Drive and Dropbox have good smartphone and tablet apps, that allow you to store documents offline.

Read more about my Document Management work at my company’s page.

Itchy feet and an Indian passport are a deadly combination, but you already know that. If you’ve travelled, or intended to travel much out of india, you are only too familiar with toiling over lengthy visa applications and the sleepless nights before a visa gets approved. Not to mention, pre-planning a holiday to the smallest detail – where you’ll stay, how many days to each city or town, when you’ll fly back – can suck the excitement out of any trip, unless of course you love planning. I know I don’t; I’ve found my greatest adventures in the most impulsive of trips, and it may as well be a self-fulfilling prophecy.

As we have seen in the previous article, there are many international flights which cover over 10,000 km non-stop. The ultimate aim would be to have an aircraft which has a range of about 20,000 km (being half the circumference of the earth) which could travel between any two points on the globe without stopping. It would, of course, be useful to have such a missile and probably the US, Russia and even North Korea must have done something towards this end.

Now we look at short flights in India at present. This would appear to be Mumbai-Pune, operated by a 737-800 of Jet Airways. The point-to point distance is 123 km but distance flown may be as much as 211 km (which can be seen from sites such as http://uk.flightaware.com/ ) Quite wasteful for a 737. Other flights under 200 km include Diu-Porbandar (167 km), and Kochi-Thiruvanthapuram (195 km…

Wife and I landed at Mahe Airport in The Seychelles last month. Had to fill out an immigration form and a health declaration. The immigration officer asked us for our return tickets. Then stamped a permit on the passport and let us through. No trouble at all and super easy. The permit was set to expire on our date of departure as per the ticket – no grace period of any sort there.

There is no excuse to not go to Seychelles. No visa and its only a 5 hour direct flight from Mumbai. The photos below should inspire you further! 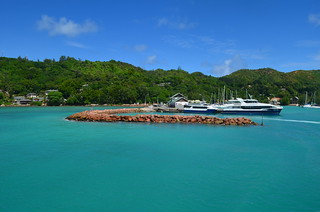 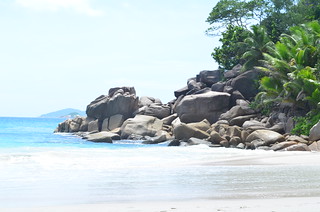 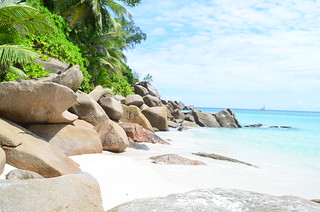 We have a 14 hour transit coming up in Abu Dhabi, flying Etihad. That’s enough time to step out of the airport, see the town and probably even see a couple of other towns!

It was fairly straight forward to apply for the transit visa:

One thing I didn’t know as it was not mentioned in any official communication – we need Etihad to do an “OK to Board” endorsement on our booking PNR. Luckily our travel agent (The Travel Partner) knew about this and told us on time. Process was simple – I sent an email to OTBUAEVisa@etihad.ae with visa and ticket copies for both me and my wife. They responded within 24 hours and did the OTB (OK to Board) as they call it.

Error: Twitter did not respond. Please wait a few minutes and refresh this page.

Visas and Travel on an Indian Passport
Blog at WordPress.com.